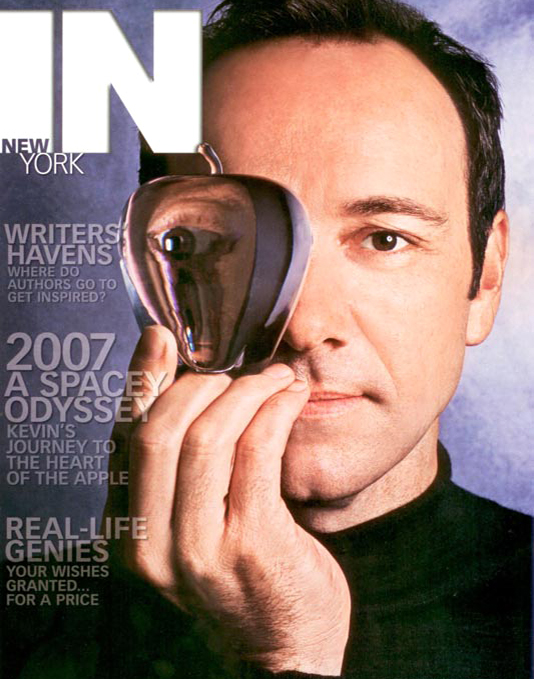 “Give me the luxuries of life and I will willingly do without the necessities.” –Frank Lloyd Wright

He can secure a reservation for you at Per Se, Nobu, the Waverly Inn or another Manhattan restaurant that’s been fully booked for months … put you in orchestra seats at The Lion King or on the guest list at Bungalow 8 … dress you in the finest couture clothing and fill your crystal goblet with Chateau Lafite Rothschild … usher you down the red carpet at the Tonys … even charter a private jet to whisk you to Bora Bora for a week of black pearl buying and scuba diving. He’s a personal concierge, and your wish—no matter how expensive or impossible — is his command.

The popularity of professional fantasy-fulfillers is exploding as exclusive access is offered as a perk to purchasers of Vertu cell phones and Mercedes-Benz automobiles, as well as holders of American Express Centurion Black credit cards. But several entrepreneurs with all the right connections can also make dreams come true—for a handsome price.

Twelve years ago, after manning the concierge desk at luxurious hotels including the Sr. Regis in Manhattan and the Hotel Ritz in Paris, Frenchman Pascal Riffaud had the connections, clients and vision to launch Personal Concierge International, a New York City-based global concierge service catering to professional athletes, celebrities, business executives, politicos, media bigwigs and other high net worth people who desire the best life has to offer. “To be a private concierge, all you need is a phone and a computer,” he says, modestly. Now Riffaud regularly makes hotel and restaurant reservations around the world, books private yachts, secures V.I.P. tickets for sold-out events such as Art Basel and the Edinburgh Military Tattoo and arranges parties for 70 in Tuscan villas at a moment’s notice.

“Our clients have money to spend and want only the best,” says Kody Gurfein, head of communications for Quintessentially, a seven-year-old firm founded by Aaron Simpson and Ben Elliot, the nephew of Camilla, the Duchess of Cornwall. Card-carrying members include Gwyneth Paltrow and Sean Combs. Can-do consultants have orchestrated lavish weddings only one day in advance, purchased elusive Birkin bags, nearly pried must-have Chanel boots off runway models in Milan, scored 20 prime tickets to a Rolling Stones concert at New Jersey’s Meadowlands an hour before showtime, landed PlayStation 3s for desperate parents a few nights be-fore Christmas and persuaded Jimmy Choo on Fifth Avenue to shut down one evening so that a member could surprise his wife with a private shopping spree. They flew Madonna’s favorite herbal tea to London, then had it hand-delivered to her by a Vespa-riding messenger. They even came to the rescue when Jennifer Lopez urgently needed 12 albino peacocks.

“If you can dream it, we can provide it,” says Steve Sims, founder of Bluefish Concierge, a Florida firm that’s just opened a New York City office. Members of royal families, titans of industry and other international jet-setters rely on Bluefish to arrange their submarine tours of the Titanic, elephant safaris through the Himalayas, helicopter shuttles from Manhattan to the Hamptons and a day of driving an F-I race car in Monaco. One client wanted to feel like a star, so Sims and his crew staged a red-carpet entrance 0) the Academy Awards, replete with staged paparazzi, bulletproof limo and accommodations in a lavish mansion. “One of the entertainment shows had a segment with the cast from TV’s The Unit doing tandem sky dives strapped to the front of Navy SEALs,” he says. “People saw it, and we started getting calls the very next morning.”

Limiting its client list to an elite group of 250, Mint Lifestyle, a lifestyle management company, not only plans trips and makes reservations, but also helps clients make dizzying decisions, such as whether they should buy an Aston Martin DB9 or an S-Class Mercedes, says owner Steven MacGeachy. His team of consultants has been called upon to purchase, furnish and staff homes for busy CEOs, reunite long lost relatives, invite former President Bill Clinton to dinner and have a prime-time Iranian television pro-gram beamed to an office on Wall Street.

In Manhattan, when the “beautiful people” want to be sure they’ll get beyond the velvet ropes outside the most sizzling night-clubs, they call John Ortiz, founder of Transcendence NYC, who not only provides entree, but also often joins his clients on the dance floor. The impeccably dressed, naturally charming Ortiz, founder of the year-old service with a member list heavy on Hollywood personalities looking for a good time in the city, is deft at negotiating with discerning doormen; VIP room access is rarely denied. Ortiz also keeps tabs on his clients’ love lives. Teri Hatcher jokingly asked him to find her a man. He contends that his match-making skills are somewhat lacking, although in the wee hours of the morning he has connected a diamond necklace with a love-struck client intent on wooing back an old girlfriend.

“My well-connected contacts in the food and beverage industry always know what is the next hot place,”says Emad Ghobrial of Preferred Group Inc., a global concierge service based in Los Angeles, who also keeps up on trends by reading fashion and lifestyle publications and paying close attention to his clients’ re-quests. These days, they’re asking to stay at the Gramercy Park Hotel, lounge at The Rose Bar and eat at Per Se—and Ghobrial is happy to comply.

Is making others dreams come true personally fulfilling? Absolutely, says Bluefish Concierge founder Sims. “My kick is arranging for you to go on a great adventure and seeing you come back bustling with joy. I never get tired of that.”

Jennifer Cattaui, a frequent contributor to IN New York, is a New York City-based freelance writer specializing in fashion, shopping and luxury trends.