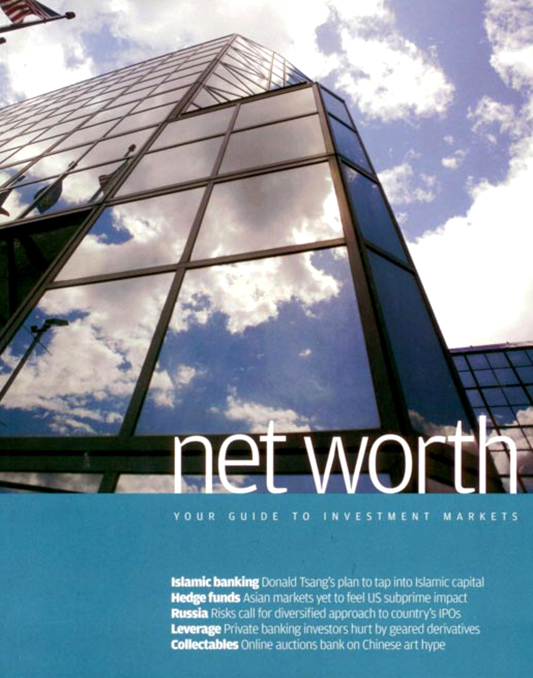 It’s a billion-dollar business that makes life all the more enjoyable. Jacqueline Tsang

Concierge Services
“The icing on the cake”

Once exclusively offered within the hushed walls of the upscale hotel industry, concierge services are no longer confined to hotel lobbies, and have expanded to form what is estimated to be a USS1 billion business, according to Katharine Giovanni, president and co-founder of Triangle Concierge and co-founder of the 7 International Concierge and Errand Association.

British firm Ten, one of the founders and leaders in lifestyle management and concierge services, is expected to generate £10 million (HK$154.49 million) in revenue for last year, and Benjamin Homer, managing director of Ten Lifestyle Management (Asia), says that revenues have been doubling every year for the past several years.

He says that the revenue calculations are predominantly based on membership subscriptions and do not include domestic the value of goods and services errands are bought on behalf of members. An estimate of £20 million in revenue for this year is reasonable, he says, pointing out that the company’s business in Asia is growing at an even faster rate.

Prices can vary greatly depending on the concierge club you join and the type of membership selected. Ten’s Hong Kong branch offers a private membership scheme at HK$3,000 a month and a VIP membership at HK$5,000 a month, with no joining fee.

The Hong Kong branch of British-based Quintessentially, a luxury concierge service and exclusive member’s club, lists annual fees that range from HK$40,000 to HK$300,000 (not including the initial joining fee) depending on the level and exclusivity of membership, with special pricing for couples.

Like most other concierge services, Quintessentially is unwilling to disclose its membership figures, but it imposes a ceiling of 5,000 members in each regional market.

The increasing number of people looking to join concierge services is probably due to the lure of convenience and luxury. Once known only for expertise in obtaining tickets and booking tables, the concierge is now seen as the solution to everything from sourcing the limited edition Hermes Birkin Bag to flying a member’s favourite iced tea halfway across the world.

Claire Cheung, marketing manager at Quintessentially HK, says that while its global members as a whole generally have similar tastes in luxury and exclusivity, Hong Kong members often have more specific requests. “We receive a great deal of ‘localised’ demands such as finding fung shui masters or tailors for Chinese cheong sam,” she says, pointing out that Chinese festivals also bring more demands for hampers and gifts such as Lunar New Year delicacies and Mid-Autumn Festival mooncakes.

Concierge members enjoy their luxury. This luxury, however, is not necessarily limited to millionaires or the retired population. Members of concierge groups generally range from individuals in their 30s to 50s, with some in their 20s and 70s. Quintessentially and Ten both see a split of 60 per cent men and 40 per cent women, while Preferred Group, a US-based concierge service, has a clientele that consists of 70 per cent men and 30 per cent women. The widespread popularity of these companies may be attributed to their increasingly affordable prices, but it also seems that there has been a general shift in society’s philosophy and understanding of what a concierge service is. “We provide a lifestyle management service, which is the way our members tend to understand it, as the term ‘concierge’ can often be quite misleading,” Mr Homer says.

Accustomed to traditional hotel concierge services, some members may be content simply with the priority reservations, VIP bookings and exclusive event access—perks that have come to be an expected and almost requisite part of the package. However, many members entrust their concierge services with more challenging tasks. Mr Homer says that members are increasingly willing to delegate complex and personal aspects of their lives to Ten, handing over their everyday plans to a service that feels “more like having their own private assistant than just simply having a number to call”.

Paris-based concierge service UUU’s chief executive Zakary Chanou stresses the importance of personalisation in the industry, saying how it is essential that UUU serve as the sole interlocutor for all its clients’ applications.

UUU assigns each of its members a personal “butler” who is responsible for their professional and private requests. In this way, the assigned concierge provider would “know the exact profile, habits, tastes and desires of the client, thus ensuring a high level of responsiveness”, by recommending places or services in line with the client’s expectations and life philosophy, he says.

Quintessentially delivers personalised attention to each aspect of their members’ lives by categorising its services accordingly. Quintessentially Wine, for example, a service offered by the Hong Kong Quintessentially branch, has secured one of Britain’s foremost wine experts Matthew Jukes as its exclusive wine expert, Ms Cheung says.

She says that Mr Jukes scours the world for rare and exceptional wine, which he re-serves exclusively for Quintessentially Wine’s customers.

The personalized services offered by concierge companies even extend to domestic errands. Emad Ghobrial, the founder of Preferred Group, says the company regularly handles “general requests such as the hiring of estate staff and personal shoppers”. Ten has also seen an increase in these requests from members, who ask for everything from home improvements to the recruitment of domestic
staff, and even the sourcing of schools for their children or elderly care for their parents.

Mr Homer says that this trend is probably due to the fact that members are leading increasingly busy and complex lives, such that they trust their concierge with the more personal aspects of their daily routines.

To accommodate these needs, Ten uses an in-house developed, state-of-the-art knowledge management system to accumulate the personal tastes and preferences of each member. Over time the service becomes increasingly tailored to their needs.

Clients’ requirements can often veer towards the eclectic, and concierges have seen their share of extraordinary requests.

Only a few describe these demands as “outrageous” because years of working in the industry has exposed them to so much that hardly anything surprises them.

To the outsider, however, some of the requests that concierge companies are expected to entertain can be anything but mundane. Livestock, for example, seems to be in high demand among privileged circles. Ms Giovanni remembers a client who demanded that a live goat be delivered in an hour. A Quintessentially member requested a potbellied pig like the one owned by George Clooney. However, due to Hong Kong government policies, the aspiring pig owner had to settle for a rabbit instead.

Some particularly discriminating members may require private opera viewing or booking an entire Asian island for private use, as was the case with some UUU members. Traveling members who simply enjoy the regularity of their daily routine may relish the convenience of having their home comforts transported to their present location. Preferred Group has ample experience in this area, delivering specialty protein shakes to Los Angeles, a particular iced tea to the Middle East, and a favourite piece of gym equipment to whichever hotel suite the client happens to be staying in.

The affordability and perks of having a service tailored to one’s needs means that concierge services are gaining in popularity, and the business has expanded significantly with the recent flood of competitors.

Ms Giovanni says that when she started working in the sector in 1998 there were only about 50 concierge companies in the United States. She says the International Concierge and Errand Association has more than 600 members from 20 countries.